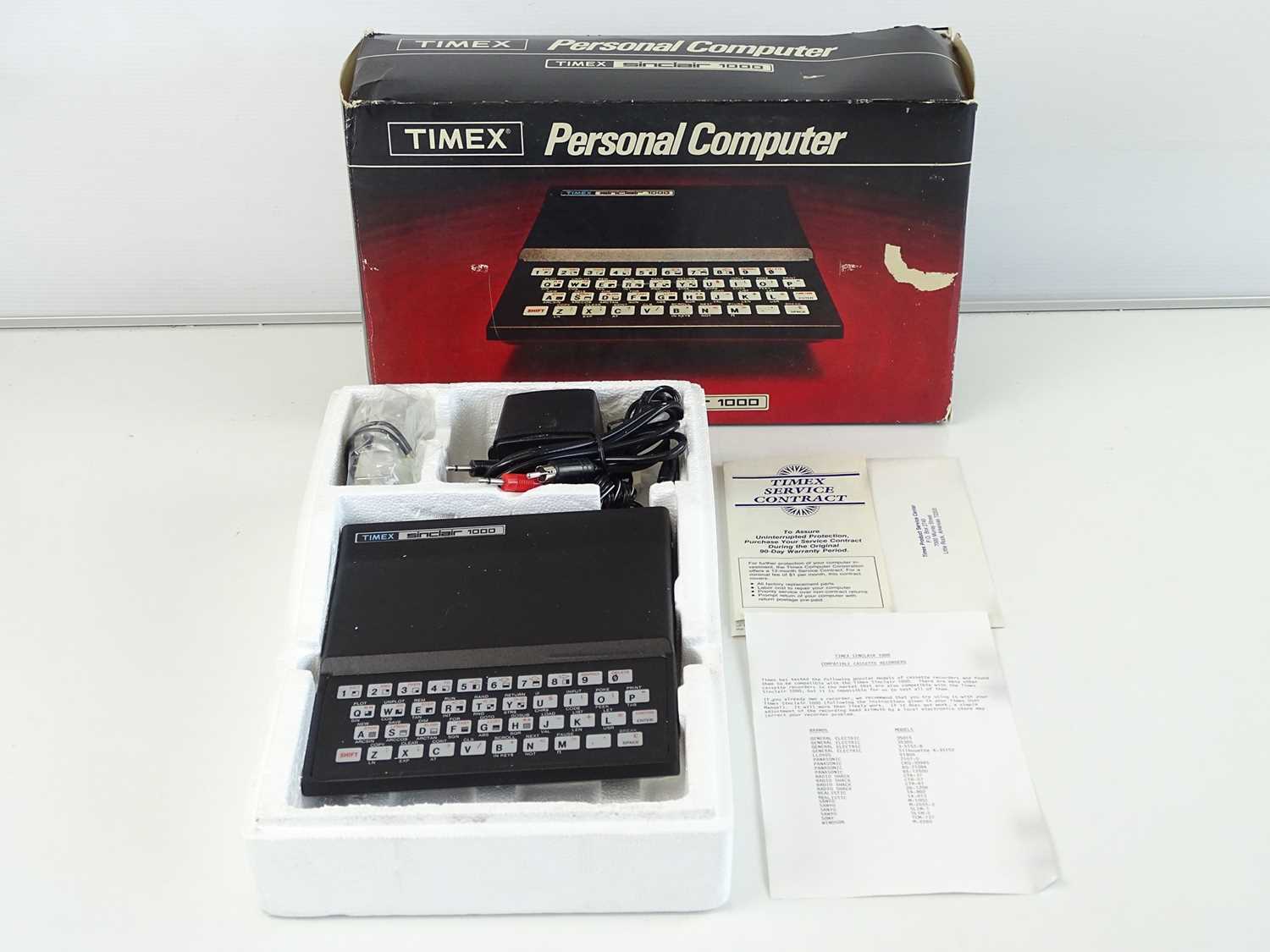 
Share this
Timex Sinclair 1000 Personal Computer - this is the American version of the Sinclair ZX81 and it was released in 1982, a year later than the ZX81. It differed from the original in having 2K of RAM instead of 1K and was built by Timex at their Portuguese plant. It was the first sub $100 computer to appear in the USA - in original box, appears complete (1 in lot)