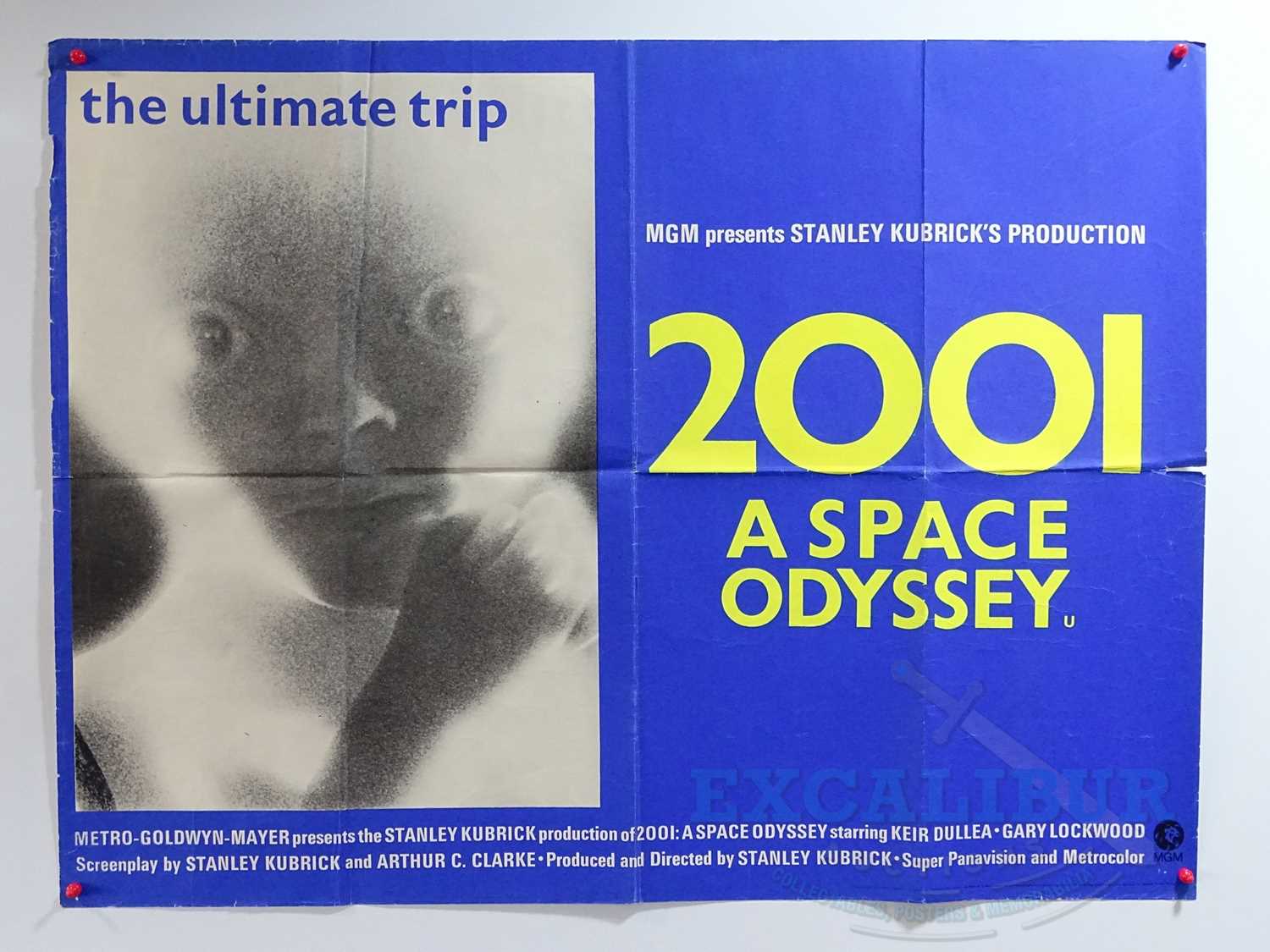 2001:A SPACE ODYSSEY (1968) - Since its premier in 1968 Kubrick’s movie has been re-released many, many times over the years and although this poster was produced in 1970 the film was on continuous release from 1968 to 1971 and therefore this is not classed as a re-release . This country of origin UK quad film poster is significant as it it the first time the iconic “Starchild” imagery is featured and also the first time the tagline “the ultimate trip” is used in an advertising campaign - folded (1 in lot)