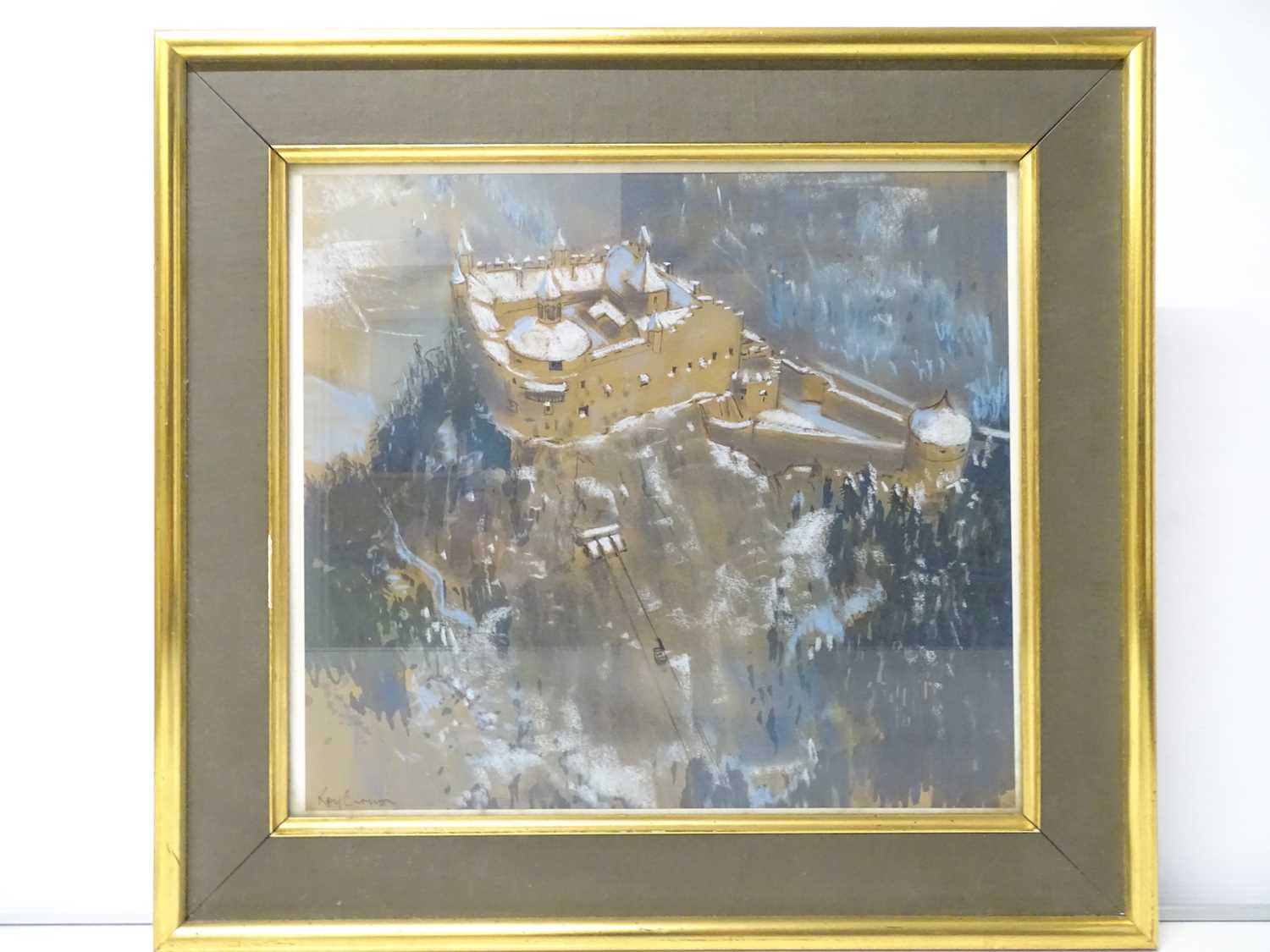 WHERE EAGLES DARE (1968) An original piece of conceptual artwork 'THE CASTLE' by ROY CARNON (2001: A SPACE ODYSSEY, SUPERMAN, RETURN OF THE JEDI etc). During the early stages of pre-production it was quite common for producers to commission paintings to give the production team a feel for what the scenes would look like on screen. (12.5"x13.5", framed and glazed, 17.5"x18.5" overall)Additional Information from the Vendor: The famous cable car and control centre used throughout the film, and especially for the escape scenes, were not possible to build at the actual castle location and had to be pasted and ‘matted’ together in a rotoscoping technique in post production in the same way used for 2001: A Space Odyssey. Blue screen and green screen were modern computer techniques used only much later, therefore it was up to Roy Carnon to imagine how the 2 elements would appear together for the entire pre production team. The control centre and room were built on a soundstage at MGM’s Borehamwood Studios in the UK after all the location shooting had been completed, where they also built a miniature of the entire castle and mountain range.