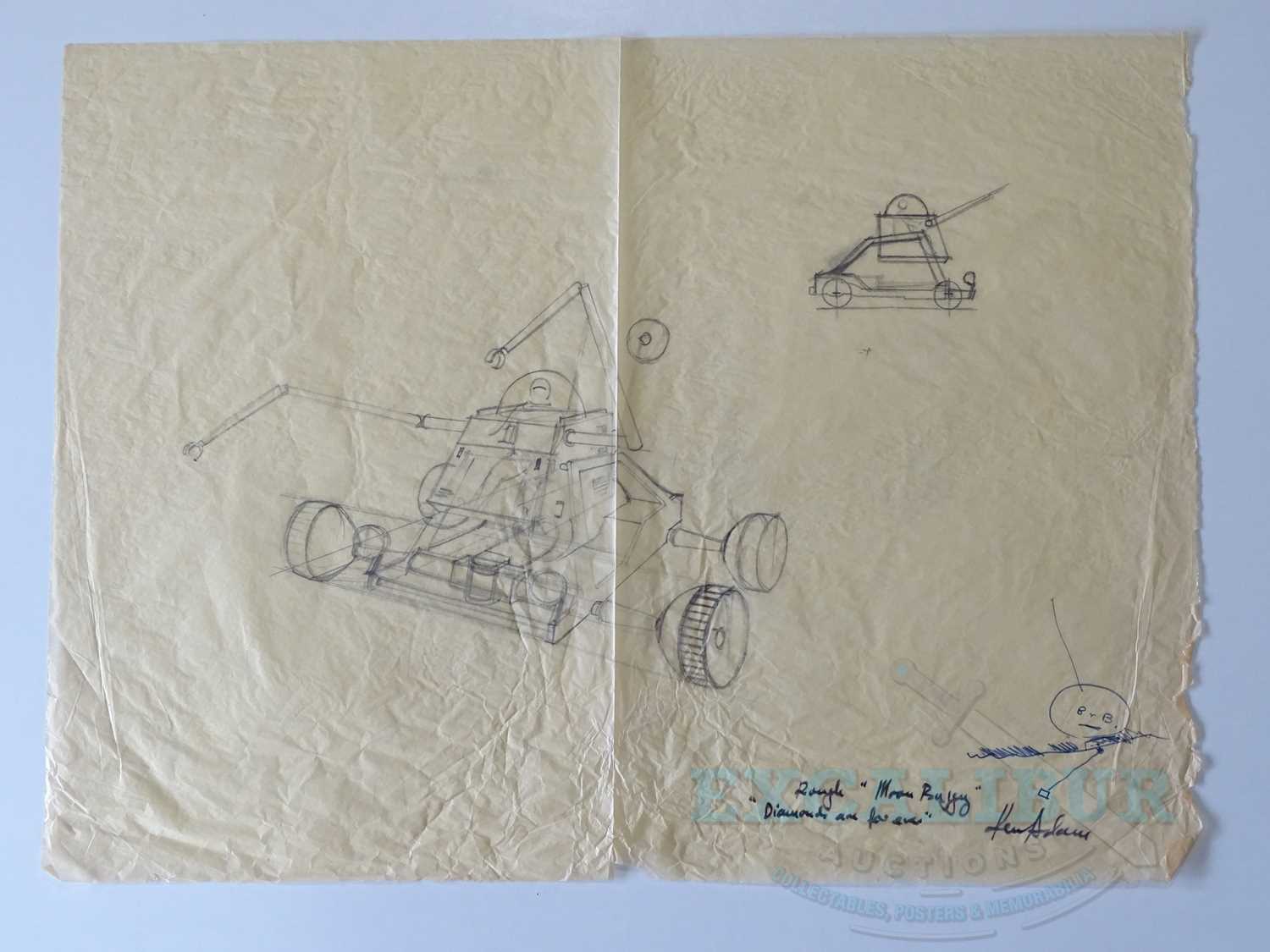 
Share this
An original KEN ADAM set design sketch for JAMES BOND: DIAMONDS ARE FOREVER (1971) 'Rough 'Moon Buggy' Diamonds are for ever' - 71cm x 53cm - sketch on yellow tracing paper - signed by Ken Adam - Provenance : Sketches by Ken Adam were sold in the Design of the Times auction in March 2003 hosted by Sotheby's (1 in lot)

Sir Kenneth Adam OBE RDI was a German-British movie production designer, best known for his set designs for the James Bond films of the 1960s and 1970s

Adam made his name with his innovative, semi-futuristic sets for Goldfinger (1964), Thunderball (1965), You Only Live Twice (1967), and Diamonds Are Forever (1971). The supertanker set for The Spy Who Loved Me (1977) was constructed in the largest soundstage in the world at the time. His last Bond film was Moonraker (1979). Writing for The Guardian in 2005, journalist Johnny Dee claimed: "His sets for the seven Bond films he worked on [...] are as iconic as the movies themselves and set the benchmark for every blockbuster"